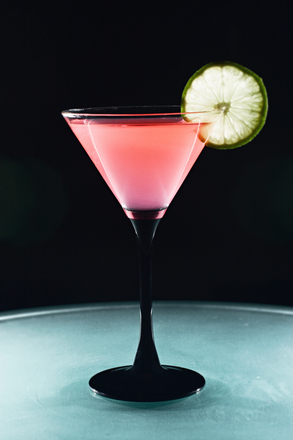 The Cosmo isn’t really a classic cocktail, since it was invented in the late 1980’s and popularized by Sex and the City. Which, well, er, okay, just read the post, all right?

Vodka in the Slavic lands

The word “vodka” was first recorded in Poland in 1405, where it referred to a medicinal or cleaning alcohol (is there even a difference in Poland?). Vodka was made by distilling fermented grain. Like almost all spirits, vodka was originally used for medicinal purposes. In 1534, physician Stefan Falimierz claimed that vodka could “increase fertility and awaken lust,” which kinda makes sense if you think about it.

Before 1940, vodka was a rarity to Americans, who preferred gin and whiskey. When World War II rolled around, almost all American whiskey producers converted their distilleries to produce industrial alcohol for smokeless gun powder and synthetic rubber. After the war, Americans were all ready to get back to their drinking, but the whiskey industry wasn’t because you can’t drink industrial alcohol (again, possible exception for Poland). Vodka to the rescue! Instead of being aged for several years in a barrel, vodka is filtered for several hours through charcoal, which is why it’s clear rather than golden. This means Americans didn’t need to wait until 1948 to start drinking again. Thanks to its lack of flavor, vodka became the go-to liquor for people who didn’t want their alcohol to taste. Today, vodka is the most popular spirit in the world.

Luksusova is fantastic. It’s a potato vodka, so it has a more neutral flavor than grain vodkas. This can be an asset when mixing it.

For Cointreau, we’ll begin with a trip to the Caribbean island of Curaçao. The soil composition here is a little different than in Spain. Why is this important? Instead of making oranges, orange trees brought over by the Spanish yielded bitter, degenerate fruits now called Laharas. Although the Lahara is inedible, its peel can be infused into spirits to give them an orange flavor. These liqueurs are called curaçaos, obviously after the island. The most common kind of curaçao is triple sec, which is possibly French for “triple dry.”

Cointreau is a brand name of triple sec Curaçao, but it’s super expensive and I’d recommend a substitution. How expensive? Patrón makes a cheaper equivalent. Drinks blog Oh Gosh! likes the Bols range of orange liqueurs. In this case, Bols Dry Orange would be the appropriate replacement. Although Cointreau is technically a triple sec, it’s about 80 proof, whereas most triple secs on the market are sweeter and cheaper, around 50 proof. This means that recipes will often call for triple sec for the sweeter version and Cointreau for the 80 proof version. Also worth mentioning is Gran Marnier, which is similar to Cointreau but uses brandy as its base.

The Cosmopolitan should be shaken because it contains ingredients with strongly distinct flavors. At a bar, your drink would be made in a cocktail shaker, but that’s not an incredibly practical investment; shaking cocktails is a pain and you won’t want to do it often. A water bottle, jar, or tupperware container is less flashy but works just as well or even better.

The Cosmo has a reputation as a “girly drink” - vodka-based, sweet, and without a strong taste of alcohol. This is in contrast to “manly drinks,” which are stronger and drier. I encourage you to treat this categorization with a complete lack of respect. Just follow your taste buds.

Vodka’s neutral flavor makes it easy to blend with almost anything. Bloody Mary’s, Sexes on the Beaches, White Russians, and Appletinis run the gamut from sweet to salty to creamy, so extra vodka shouldn’t be too hard to take care of.

Using up that extra triple sec might be a little trickier. Try these:

Some vodka history for you

Esquire’s not-too-derogatory take on the Cosmo