In the late 1820’s, the Boston Associates had a problem. The mill girls of Lowell, MA were hard at work producing textiles twelve hours a day, six days a week. As the owners of the mill, the Boston Associates wanted a reliable and inexpensive way to transport raw materials and finished textiles to and from Boston. The recently-opened Middlesex Canal was a good start, but it could only be used eight months out of the year.

Sensing room for improvement, the Boston Associates decided to gamble on a hot new technology: the steam railroad. In 1830, they secured a state charter to build the Boston & Lowell Railroad (B&L). Choosing a straight and level route for higher speed, the line went through Charleston, Somerville, and Medford on its way out to Lowell.

The rail line was completed in 1835, transporting both freight and passengers between Boston and Lowell. Several intemediate stops were soon added, including Somerville’s first train station at what is now called East Somerville. Early passengers would have been pleased and possibly also terrified to travel into Boston at up to 30 miles per hour (50 kph), pulled by something like this: 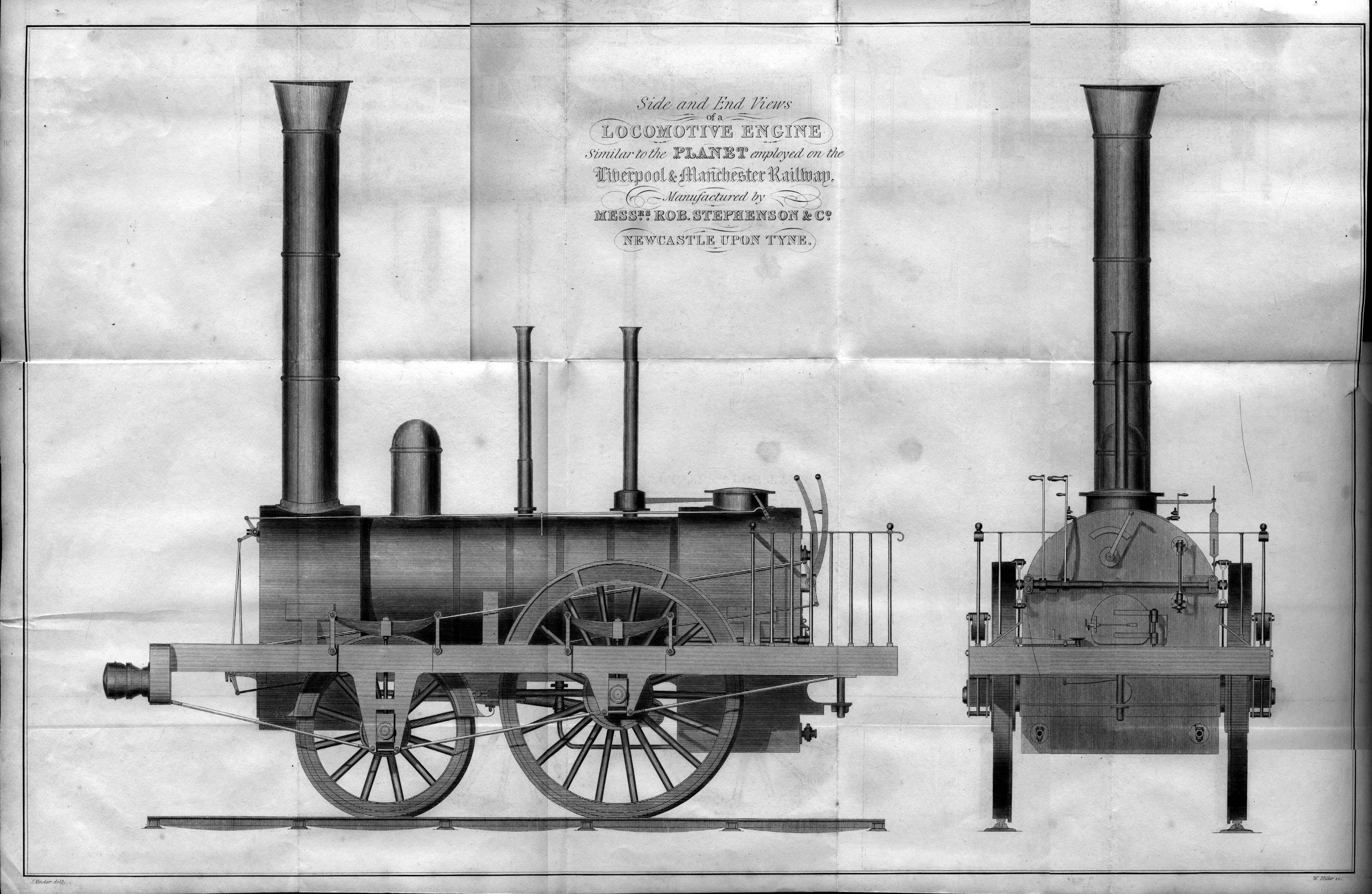 We do not ride on the railroad; it rides upon us. Did you ever think what those sleepers are that underlie the railroad? Each one is a man, an Irish-man, or a Yankee man.

These train stations made Somerville an attractive place for industry. Brickmaking, glassmaking, woodworking, soapmaking, meatpacking, and later a Ford plant created fortunes for some and pollution for all. In 1874, the Cambridge Chronicle noted:

By that time 60-to-120 car loads of hogs from Chicago and points west arrived by train at Squire’s yard and hog shed. Vast quantities of blood were spilled during the process of slaughtering 1,500 to 1,800 hogs per day. Along with blood, scalding water, skin and entrails were dumped into Miller’s River. 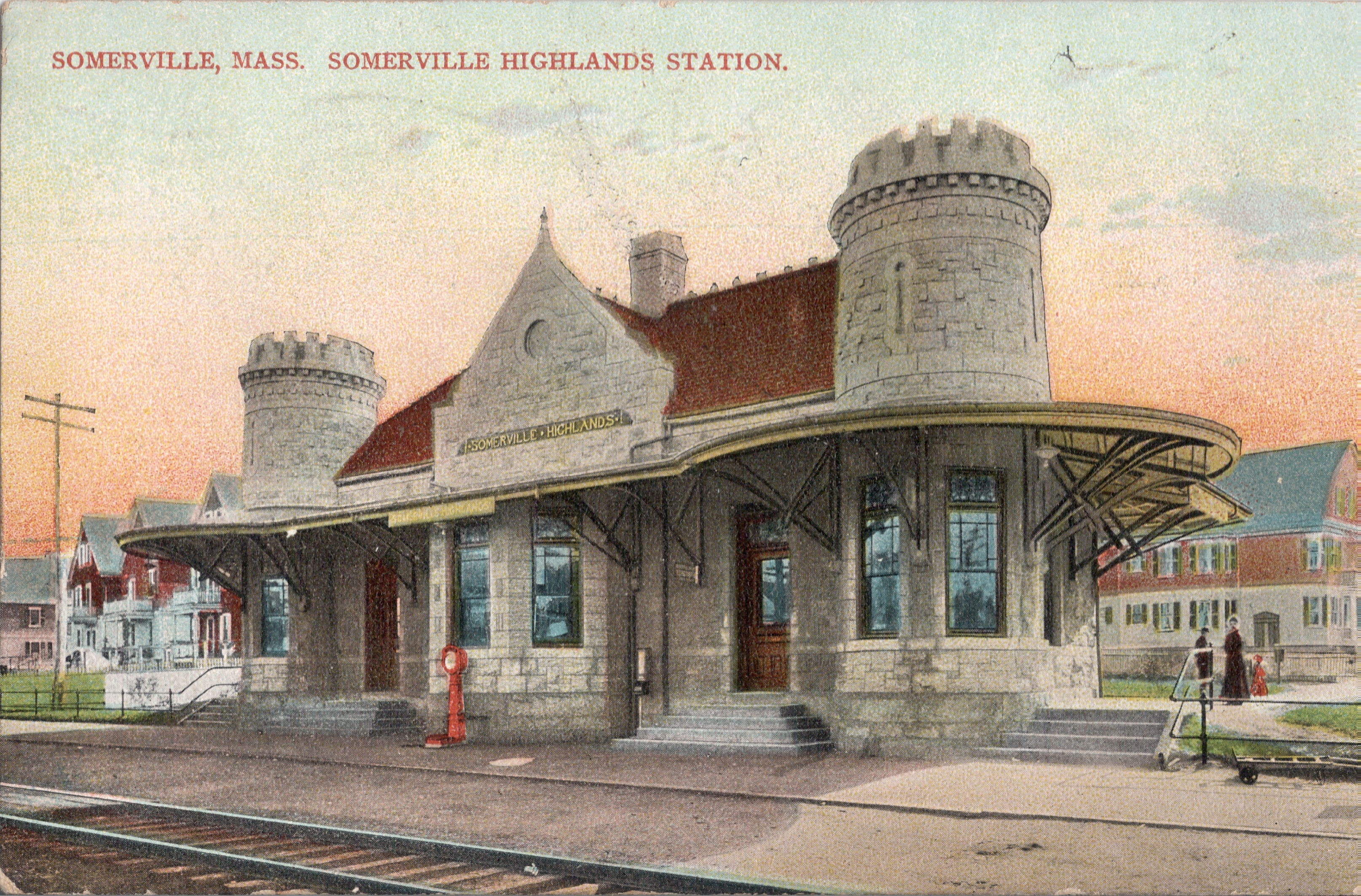 Train ridership in downtown Somerville began to decline in the early 1900s, and the stations pictured above only remained in use until 1927. These stations appear to have closed during the 1920’s after being replaced by a more convenient way to get downtown. 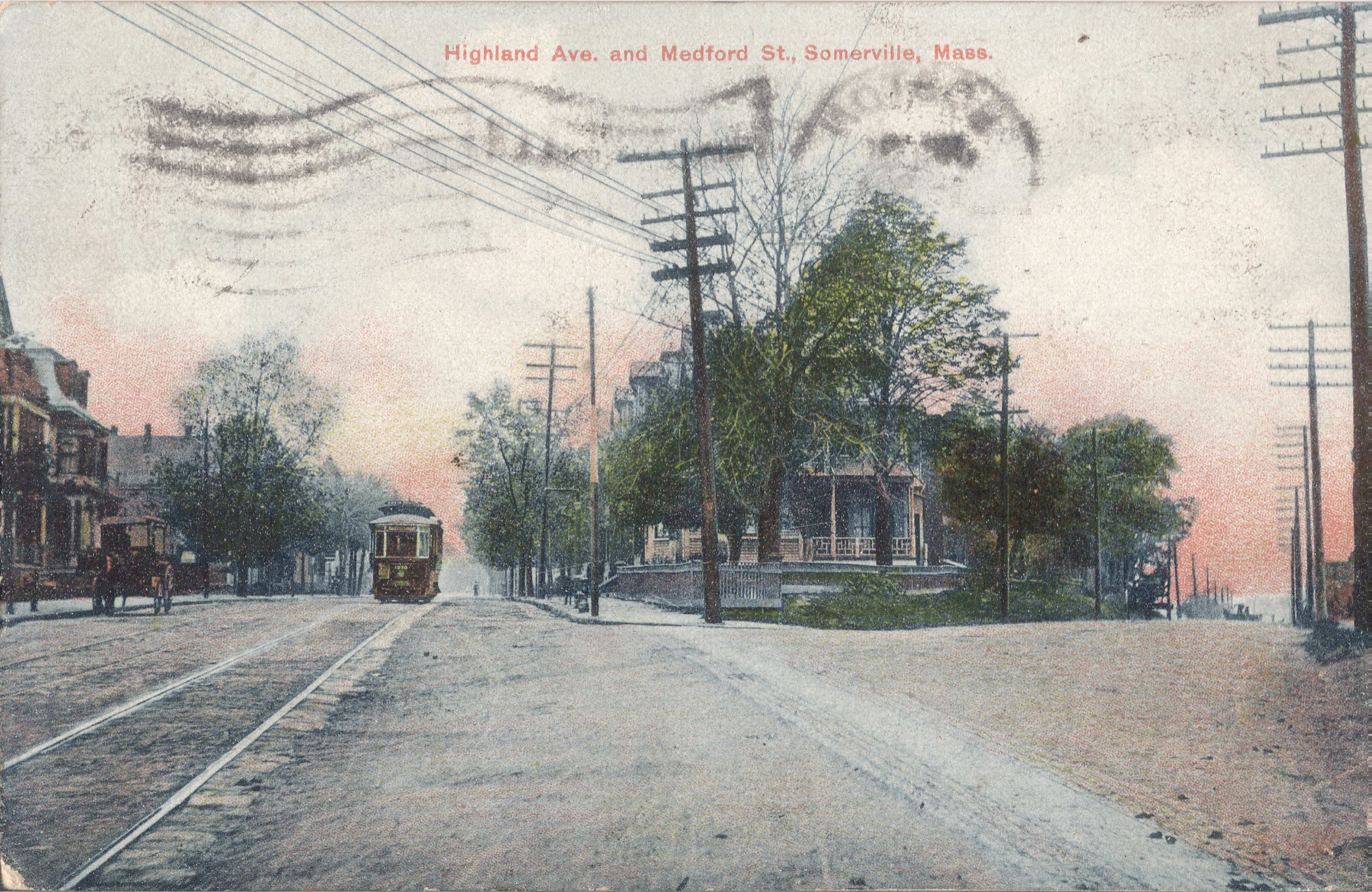 Somerville’s Union Square boasted horse-drawn streetcars by the 1850s, reflecting the importance of the region as a commercial destination. [USNP] These were later replaced by electrified streetcars, which are faster and don’t poop. The completion of the Lechmere viaduct in 1911 allowed streetcars to run directly into Boston for added convenience. 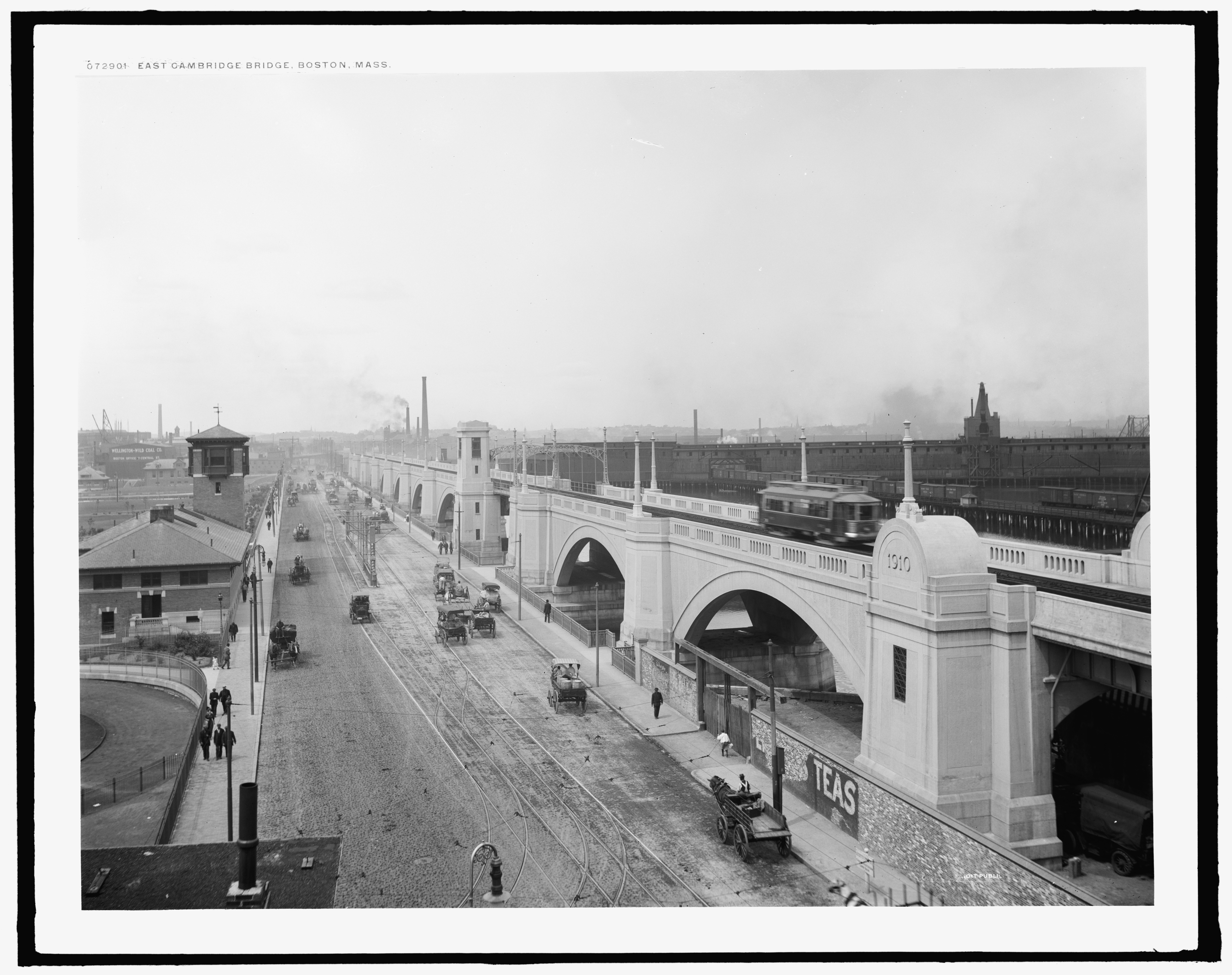 The map below shows how Somerville was densely woven with electrified streetcar lines along every major street. 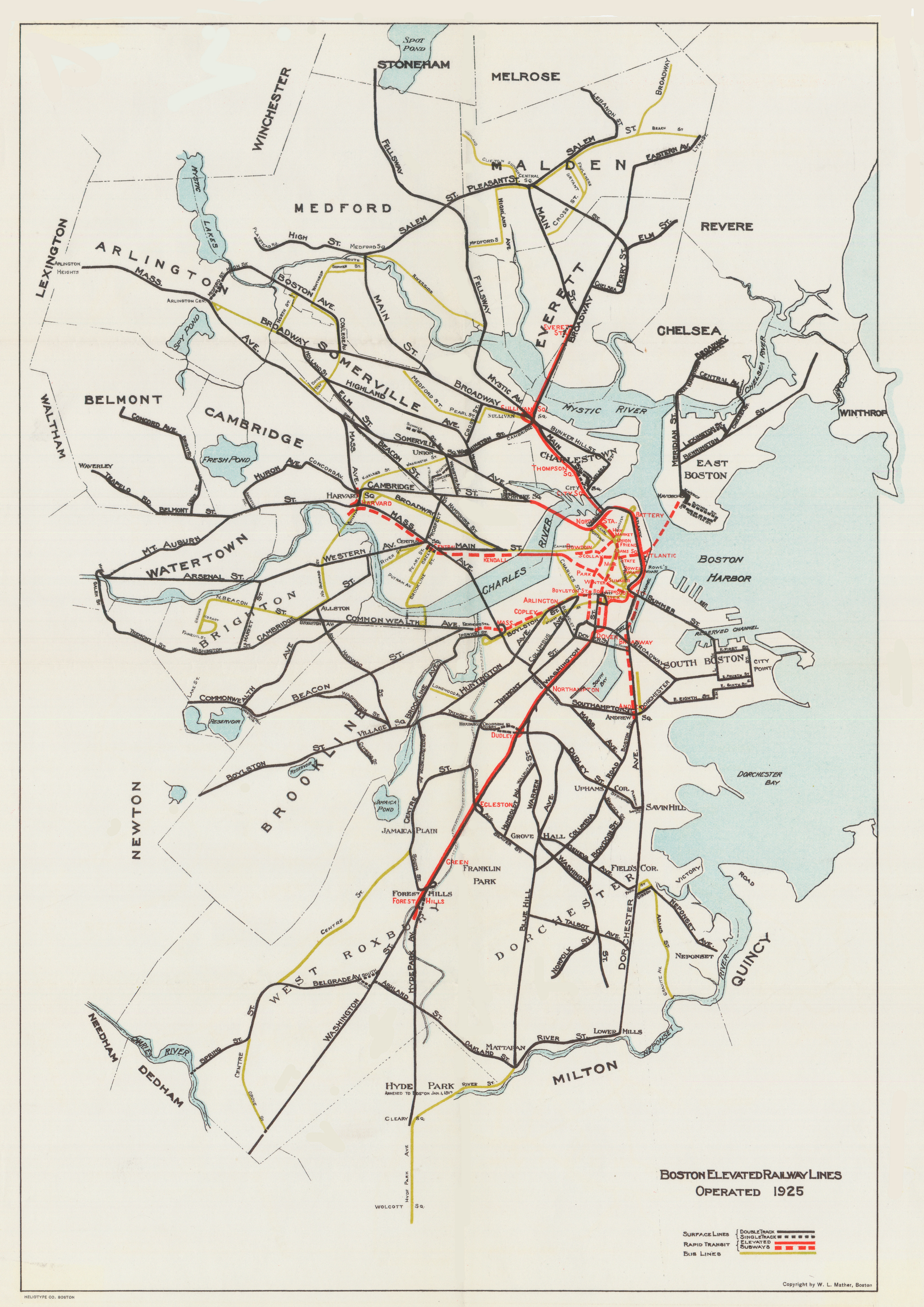 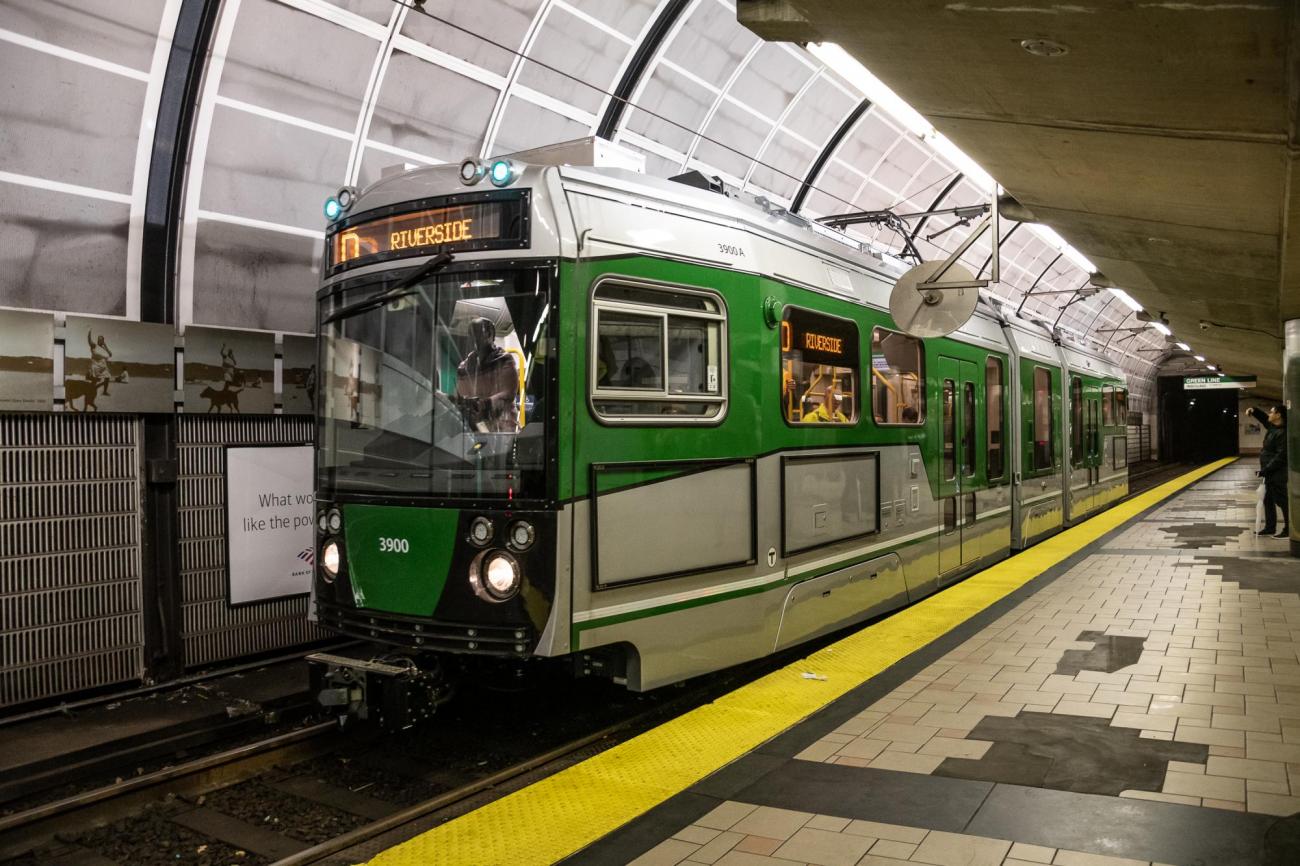 In order to offset the environmental impact of the 1980s Big Dig, the Federal Clean Air Act required Massachusetts to do a bunch of public transit stuff, including the Green Line Extension (GLX). Massachusetts successfully procrastinated for about 20 years, until the Conservation Law Foundation sought to sue in 2004, with the settlement requiring the completion of the GLX by 2014. [BU] 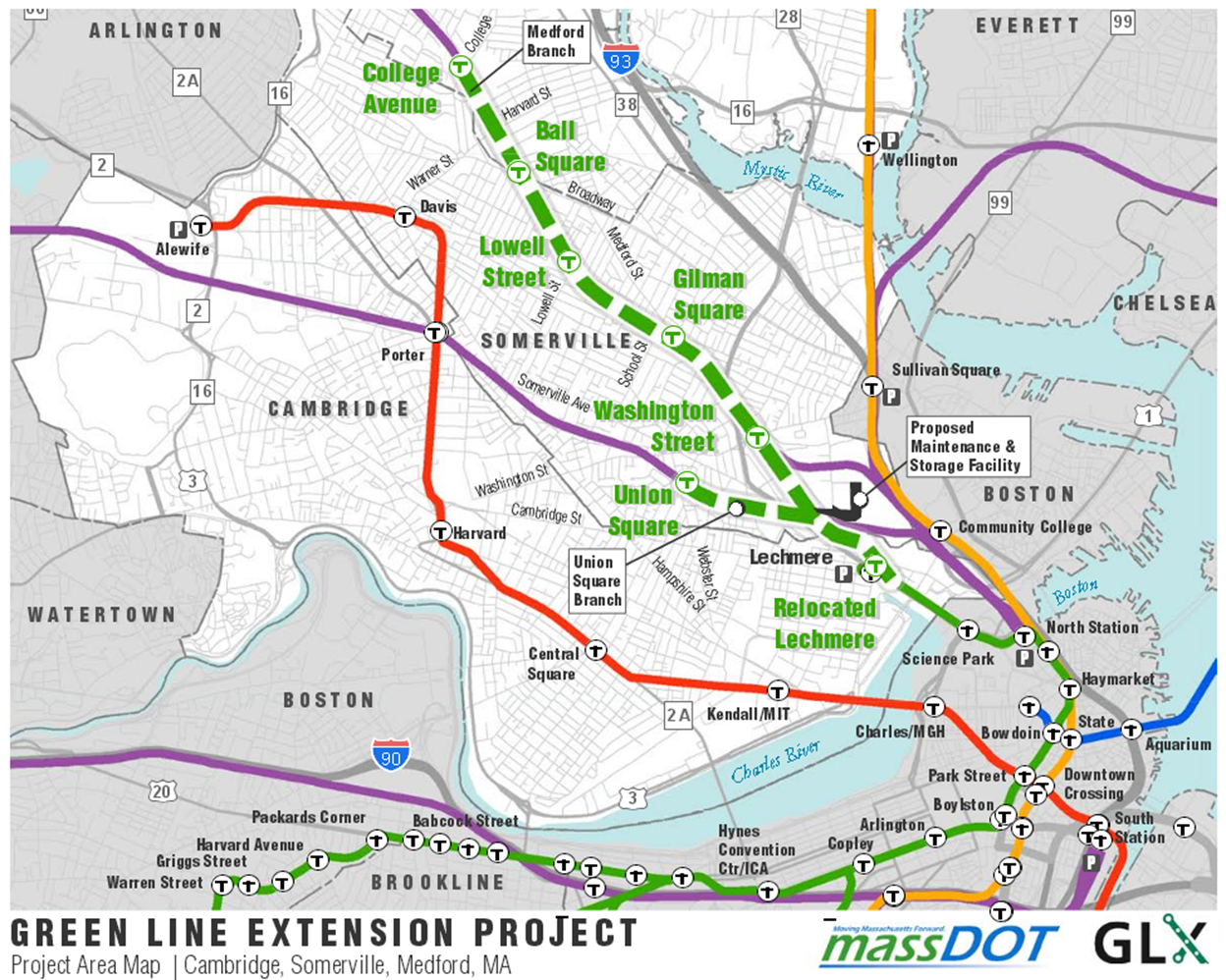 As of 2019, seven stops in Cambridge, Somerville, and Medford are currently under construction, scheduled for completion in 2021. As far I can tell, each of the new stops was served by rail by the mid-1800s. Most were on the B&L, although Union Square was served by the Fitchburg line.

Although it echoes past service, the GLX also innovates by using the 1911 Lechmere Viaduct to provide seamless connectivity with the rest of Boston’s T network. By building along existing railroad lines, GLX trains can move much faster by avoiding street-level congestion. This way, the GLX creatively repurposes components from the streetcar network and multiple railroads to deliver light rail service to Somerville and Medford. 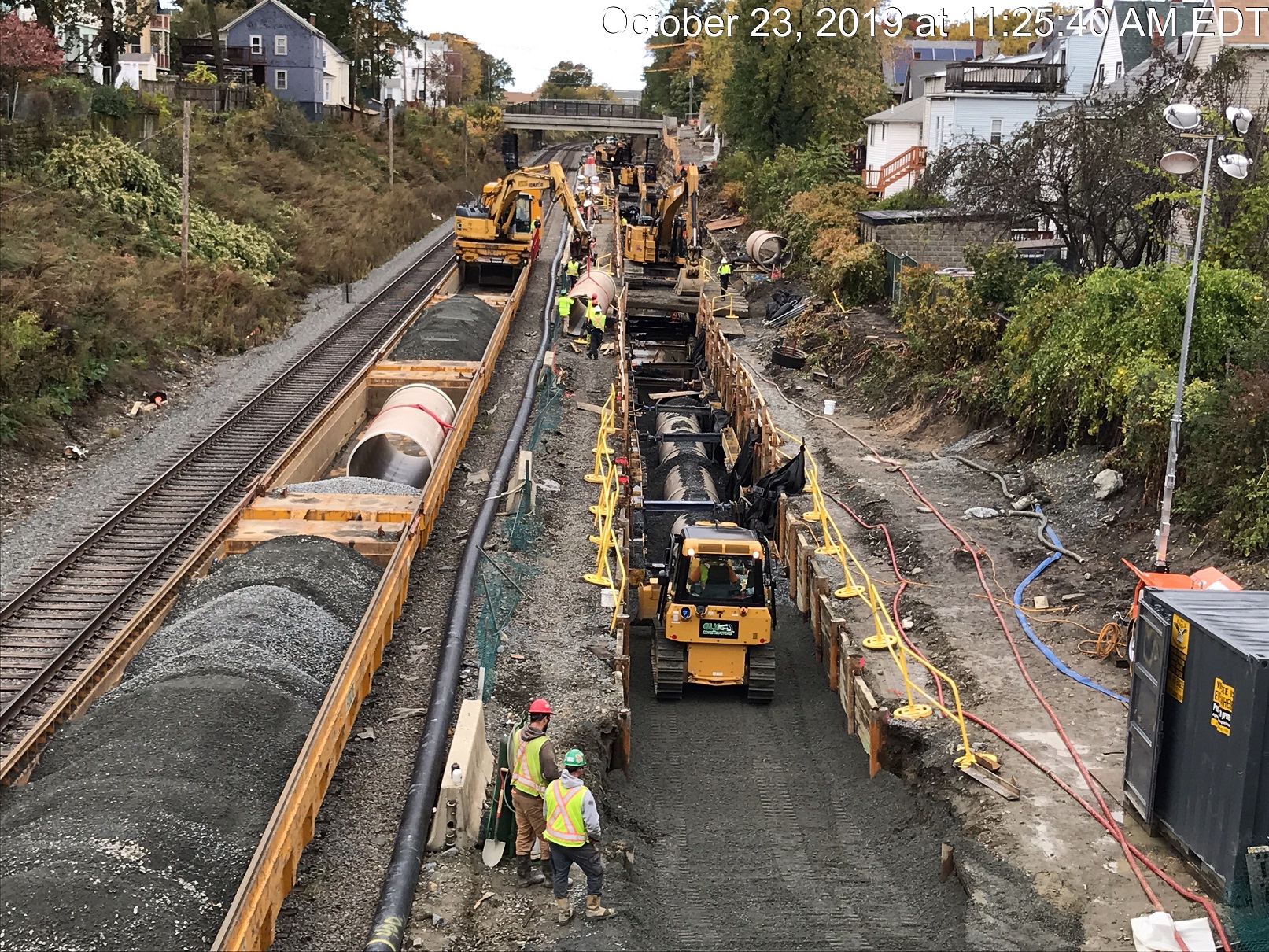